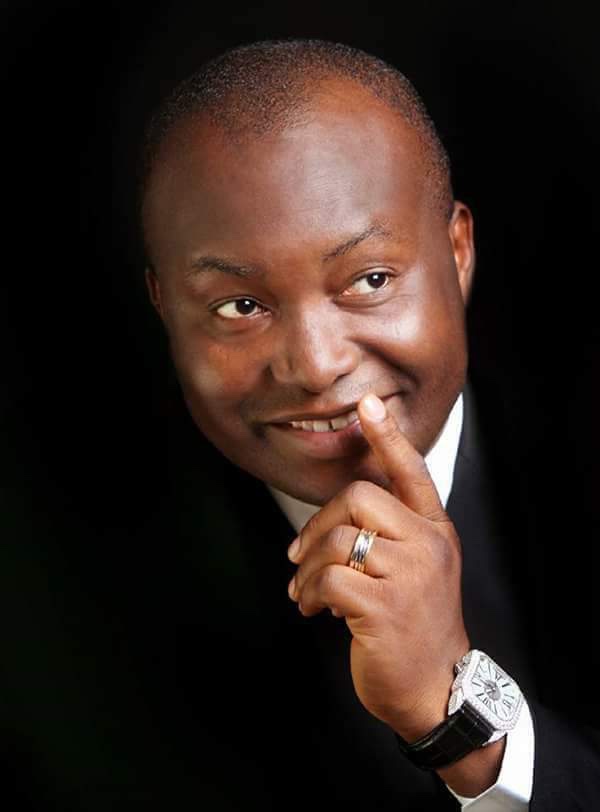 SENATOR IFEANYI UBAH: THE BIGGEST PATRONIZER OF INNOSON VEHICLES IN THE SOUTHEAST.

My attention has been unavoidably drawn to a grossly misleading and fictitious narrative credited to certain faceless, pseudo media elements who in the figment of their imaginations claim that I rejected patronage of Innoson vehicles in a Senate committee meeting. Ordinarily, a lot of people believe that there is no good reason to personally respond to such a laughable and poorly concocted lie. But the truth is that allowing such a narrative to thrive unaddressed will be a big disservice to my supporters and the reading public. In this regard, to put issues in clearer perspective for the benefit of all well intended Individuals that abhor deliberate distortion of facts, I would like to categorically state that;

1. Presently, I am the biggest private patronizer of Innoson vehicles in the South east today. The very first car that I gave my only beloved daughter when she clocked 18years is an Innoson(IVM) vehicle which she still drives till date; the car is still parked in my Lagos residence currently. It is therefore ridiculous and laughable to insinuate that a man who bought his only daughter an Innoson vehicle would kick against procuring the same brand of vehicle for Senators.

2. In my political engagements, I have purchased over 30 trailers of Innoson plastic products worth over 400million. I have also given out Innoson Vehicles to organizations such as; National Union of Journalists(NUJ) Southeast, Sports Writers Association Nigeria(SWAN), Catholic Boys Organization Nnewi Diocese, Association of People Living with Sickle Cell Disorder (APLSCD), Nnewi Youths Forum and a host of friends and ardent supporters too numerous to mention.

3. In line with my ”think home” philosophy, I also purchased FC Ifeanyi Ubah’s official vehicles; 3 Coaster Buses, Trucks and SUV’s from Innoson. In total, I have spent over N700million in purchasing both vehicles and other products from Innoson from my personal pocket.

4. Let me say without mincing words that in the entire Southeast, I am the only individual with the largest units of Innoson vehicles in his fleet. From the onset till date, I have maintained a very brotherly and cordial relationship with Chief (Dr.) Innocent Chukwuma; Chairman of Innoson Group whom I have always patronized and been at the forefront of promoting his brand. Therefore, I advise those trying to fan the embers of discord between two brothers to desist from such as it is a failed ploy that is obviously dead on arrival.

5. Another glaring fact that further exposes the hollowness of this poorly scripted propaganda is the fact that the Nigerian Senate already gave out official cars to Senators since last year. It is imperative to also note that I am not a member of the Senate Appropriation committee, neither am I a member of the Senate Services Committee; therefore, I have never been in any committee meeting to discuss the official cars to be procured and distributed to Senators.

Ordinarily, it is not in my character to bring my investments and patronage dealings with brands to the public domain, but for the purpose of clarity; I have decided to set the records straight with these barefaced facts and figures.

To this end, I wish to appeal to the general public to kindly disregard this misleading report and always endeavor to reach out to my media office to ascertain the authenticity of such stories in future instances. I also wish to reaffirm my utmost commitment to promoting the Igbo economy and our “think home” philosophy.

Initially, when I read this spurious story yesterday morning, I called my mentor; Chief (Dr.) Cletus M.Ibeto (CON) and Chief (Dr.) Innocent Chukwuma; Chairman of Innoson Group who promised to officially refute this fallacious story. I am fully aware that a lot of people are jittery about my rising political profile ahead of the 2021 Anambra Gubernatorial elections, hence the deployment of malicious pseudo writers to peddle falsehoods and twisted conjectures about me in a bid to deplete the love and goodwill my people have for me. However, these malicious stories have turned out to become a step tool that consistently promotes my brand.

Conclusively, I wish to urge social media users to eschew narratives and lies that promote discord and public unrest as there is need to use our platforms to promote issue based engagements that will move our dear state Anambra, Southeast and Nigeria at large forward.

MikeThePundit is a SPORT BROADCAST JOURNALIST.... Host/Anchor of Sport Shows on TV/Radio. Biased for all things sport. #PhoneticsFreak View all posts by MikeThePundit